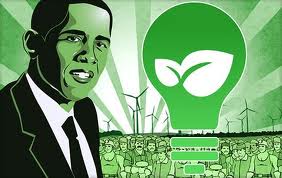 More good news today out of California regarding Green Technology and the creation of jobs in that sector through Obama’s stimulus:

Solar company to file for bankruptcy

Knowing what we know about Obama’s business acumen the story here isn’t that he was wrong about a company and it’s ability to flourish.  While interesting, THAT aspect of the story has been told and retold.

No, the REAL story here is the fact that the company failed even though it received some money, a LOT of money:

A California-based solar company that received a $535 million loan guarantee from the Obama administration announced Wednesday that it will shut down.

The company, Solyndra Inc., said Wednesday it would suspend its manufacturing operations and lay off 1,100 employees effective immediately. The company said it intends to file a petition for Chapter 11 bankruptcy protection.

Another one bites the dust.

I’m interested though, what were the details surrounding the company’s decision to throw in the towel?

“Regulatory and policy uncertainties in recent months created significant near-term excess supply and price erosion,” Solyndra CEO Brian Harrison said in a statement. “Raising incremental capital in this environment was not possible. This was an unexpected outcome and is most unfortunate.”

Weird.  Who woulda thought THAT? 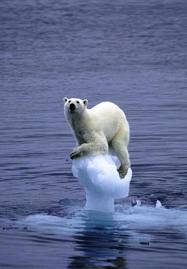 I’ve always suspected that the Left considers forcing me to contribute to their causes against my will, “charity” on their part.  For example, if the Liberati are able to pass a law that requires me to pay taxes for homeless relief, they are able to tell their other Liberal friends that they contributed to the relief of the homeless.

What they did was cause ME to contribute to the relief of the homeless.

So this should come as no surprise:

According to a study, when people feel they have been morally virtuous by saving the planet through their purchases of organic baby food, for example, it leads to the “licensing [of] selfish and morally questionable behaviour”, otherwise known as “moral balancing” or “compensatory ethics”.

Now, to be fair, I don’t feel this relates only to the greenies.  I’m pretty sure it is applicable to all on the Left.

However, this is good stuff:

…those in their study who bought green products appeared less willing to share with others a set amount of money than those who bought conventional products. When the green consumers were given the chance to boost their money by cheating on a computer game and then given the opportunity to lie about it – in other words, steal – they did, while the conventional consumers did not. Later, in an honour system in which participants were asked to take money from an envelope to pay themselves their spoils, the greens were six times more likely to steal than the conventionals.

In the end, it would appear that the Left and I have more in common than I thought.  We both believe that it’s my responsibility to care for the less fortunate.

Who woulda thunk it?

If you don’t read Coyote Blog you should.

This latest failure of Green Jobs in Seattle is just a hint of the gems you get from the coyote:

Last year, Seattle Mayor Mike McGinn announced the city had won a coveted $20 million federal grant to invest in weatherization. The unglamorous work of insulating crawl spaces and attics had emerged as a silver bullet in a bleak economy – able to create jobs and shrink carbon footprint – and the announcement came with great fanfare.

McGinn had joined Vice President Joe Biden in the White House to make it. It came on the eve of Earth Day. It had heady goals: creating 2,000 living-wage jobs in Seattle and retrofitting 2,000 homes in poorer neighborhoods.

But more than a year later, Seattle’s numbers are lackluster. As of last week, only three homes had been retrofitted and just 14 new jobs have emerged from the program. Many of the jobs are administrative, and not the entry-level pathways once dreamed of for low-income workers. Some people wonder if the original goals are now achievable.

Yeah.  Let’s use guns to remove private property from productive people to give to the government so they can spend $20 million on 14 jobs.

We see the same thing everywhere we look.  The price of a thing goes up, the market [even black] reacts.

END_OF_DOCUMENT_TOKEN_TO_BE_REPLACED

I honestly think that most people want things to work out for the better.  That the decisions they make, the things they do, the hopes and dreams they have, will, in the end, make not only their llives better but the lives of folks around ’em too.

For example, when a Liberal fights to establish a minimum wage, it’s because they wanna help the folks who are poor and can’t pay their bills.

When they fight for Social Security, they really REALLY wanna help provide for the elderly in their times of need.

And when they build ethanol plants they do it because they really seriously think that going green is the way to go.

On minimum wage, on Social Security and on ethanol plants. END_OF_DOCUMENT_TOKEN_TO_BE_REPLACED

Last week I talked a bit about the waste of money that we named “Cash for Clunkers”.

In short, what I said was that car purchases are elastic.  People can pull forward or push out the purchase of a new car by several months.  In this case it turns out to be 7:

The government’s “cash for clunkers” program boosted auto sales by 360,000 during the two months it was in place.  In the seven months that followed, sales were down by 360,000 compared with what they would have been without the program…

Basically, 7 months after cash for clunkers ended, the same amount of cars wound up being sold.

END_OF_DOCUMENT_TOKEN_TO_BE_REPLACED

Very few people exemplify the Left better than the Kennedy’s.  Never has a family been so involved with what is good for other people while excluding themselves from having to sacrifice.

END_OF_DOCUMENT_TOKEN_TO_BE_REPLACED

Then they go and not conserve our resources, they don’t go green and use a TON of energy.

END_OF_DOCUMENT_TOKEN_TO_BE_REPLACED

Alright, last update on household appliances.  I measured my laptop and found that it uses less energy than a 60 W light bulb.  In short, the pay back time for a laptop is 5.67 years.

But, if I plug in the fish tank, the lamp and the laptop the pay back time comes in at 1.65 years.  Not bad, not bad at all.

I am still playing with that Kill a Watt meter.  Currently I have it plugged into my fish tank.  Power for two lights and the water pump is at .33 kWH for a run of 14.21 hours.  At that rate the payback for the system is 8.75 years.

END_OF_DOCUMENT_TOKEN_TO_BE_REPLACED

He said she said

From the files of Pino: